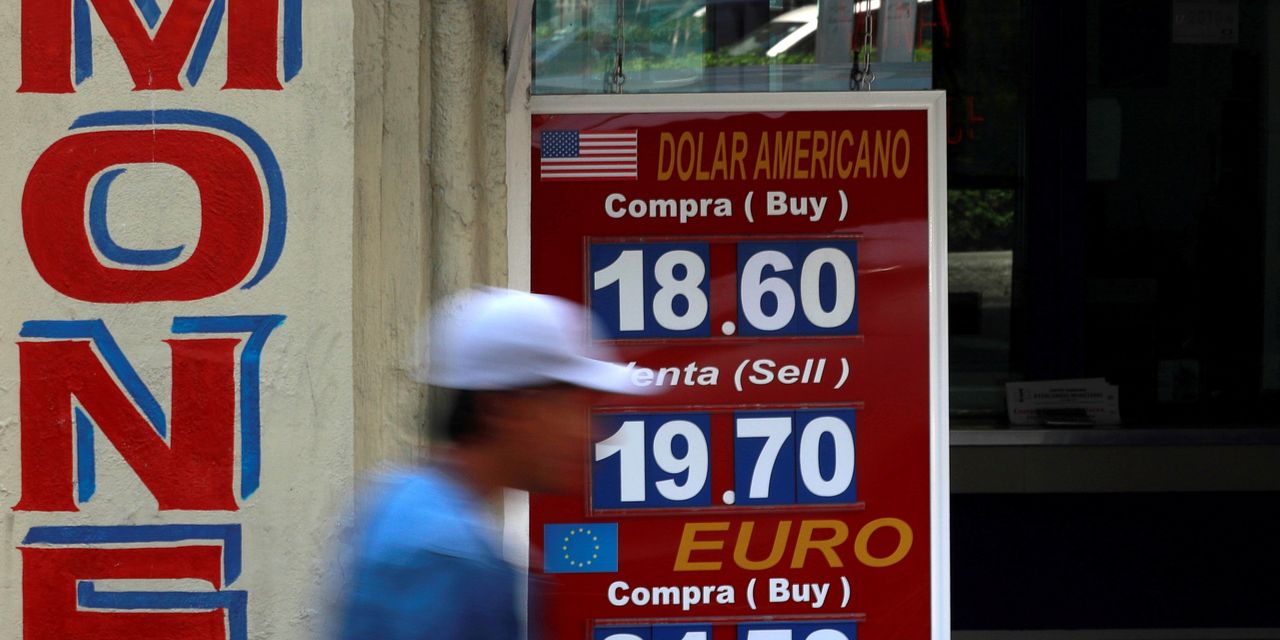 A wave of accounting revisions is hitting two of Mexico’s largest nonbank payroll lenders and the international bond investors who lent them billions of dollars in recent years.

Privately held AlphaCredit Capital SA de CV and publicly listed Credito Real SA CREAL -1.28% B de CV disclosed unexpected losses in recent weeks, and AlphaCredit also said financial statements from 2018 to 2020 could no longer be relied upon. Credito Real incorporated a relatively large loan it had made to a small business into its past-due loan book.

The firms borrow money from local banks and international bond funds at rates as high as 10%, then lend primarily to low-income government employees and pensioners at rates up to 55%. Bond funds have been willing to invest in the lenders because they draw payments on their loans directly out of borrowers’ paychecks or pension disbursements, ensuring relatively stable cash flow.

Prices on some of AlphaCredit’s $700 million of bonds have collapsed to 24 cents on the dollar from around 70 cents at the start of April, according to AdvantageData Inc. Credito Real has about $2 billion of foreign bonds, which have tumbled in recent weeks to prices as low as 69 cents on the dollar. Its shares have fallen about 25% since mid-April.

There is little government oversight of the lenders because they don’t take deposits and don’t fall under the purview of Mexican bank regulators, analysts said.

“The issue is a lack of supervision,” said Laura Aguirre, an analyst for emerging-markets information provider REDD Intelligence. “No one is controlling them, and evidently the auditor was not understanding what the companies were doing.”

The Deloitte unit Galaz, Yamazaki, Ruiz Urquiza SC audited both companies during the years in question. The firm didn’t respond to requests for comment.

AlphaCredit markets itself as a financial company that uses technology to reach borrowers who would otherwise have no access to credit. Its focus on state employees, who are less likely to lose or change jobs, was meant to keep defaults low, but last month the company disclosed that it had made errors in accounting for loan losses.

A pre-markets primer packed with news, trends and ideas. Plus, up-to-the-minute market data.

While Credito Real hasn’t announced any restatements, it increased its nonperforming loan provisions to 3.9% in April from around 1.8% previously, according to data from REDD. The company added a new line item to its disclosures, revealing that about half of the loans it reports as assets on its balance sheet consist of accrued, or unpaid, interest, something it hasn’t done before, said Alexis Panton, an analyst at Stifel.

Part of the rise in loan losses stems from pandemic-related shutdowns and allowances Credito Real worked out with borrowers, the firm’s investor-relations officer said on a recent conference call with analysts.

It also might reflect that state agencies don’t always disburse payments due on the payroll loans on time, Mr. Panton said. “The problem could be the counterparty risk rather than the client risk; it’s the ones in control of the flow of the money.”

Both companies report large amounts of accounts receivable from government agencies and from affiliated third parties that originate loans for them by finding government workers and pensioners looking for credit. AlphaCredit has announced an impairment on a majority of about $204 million that it previously reported as “other assets and other accounts receivables.”

Some analysts said Credito Real will likely stabilize its business and be able to refinance its debts. S&P Global Ratings cut its credit rating of the firm by one level on Thursday to double-B minus with a stable outlook. The outlook reflects expectations that Credito Real will restore loan growth and profitability this year, S&P said.

“The market is pricing in a much higher risk premium than the ratings would imply,” Mr. Panton said.